Why Does Copying Take So Long on PS5?

Releasing a new generation device, manufacturers vied with each other, shouting about the achievements – powerful iron, nextgen in games today, and support for modern technology. But gamers still encounter problems. There are unpleasant moments that wander from console to console, and the likelihood of fixing them by the company becomes elusive. Then the search for a solution falls on the shoulders of gamers, and today we tell you why copying takes so long on PS5, how to fix it, and how to solve the side bugs.

Copying files is a feature that appeared in the first Sony console, which is not strange. But now, the PS5 with ray tracing support and incredibly realistic 4K monitors, with a frame rate of 120 Hz, came out, and copying still slows down the system.

And choosing the best monitor for 4K titles will help with this article.

The catch is that doing something here is not as easy as finding a list of non-nextgen games for PS5. Let’s go back in history – a fundamentally new approach to installing games and updates appeared with the release of PS4, which took a long time. In the current console version, the principle is the same, although you have to wait for less.

The essence of the process is simple – you see an update that is not installed and download it. Your console downloads it and not just adds a change file to the game but reinstalls the game, adding changes to it. This approach is longer than the typical installation of a title from the store, but it’s done for the players’ sake – copying minimizes the chance of data loss, and the installed program will be 100% functional. 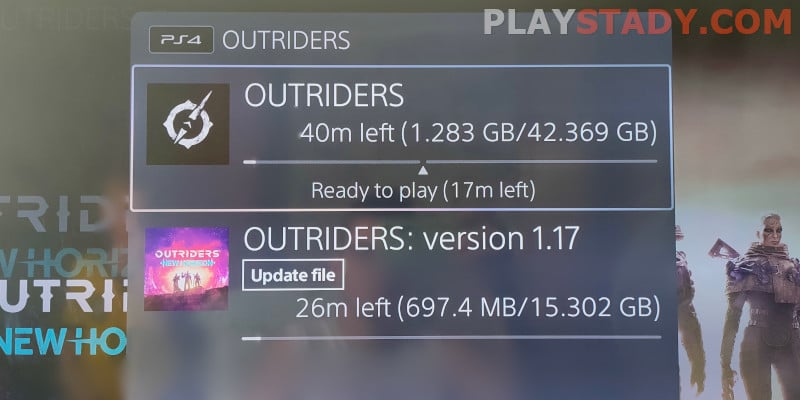 Copying the update file is slow, but PlayStation 5 has powerful hardware on board, and the process must be fast. These are the main reasons for this behavior:

How to Speed Up Copying on PS5 (With/Without Disc) In the case of fully available hardware, PlayStation 5 options are derived from the above problems: check the speed of the Internet, complete processes in the background, and wait until the store servers come to order.

If the console is not new and has no warranty, you can carefully clean it from dust. With an active warrant, it is better not to open the case yourself, although it is quite easy to remove the side panels. The same applies to the gamepad because you can save it yourself from minor malfunctions like tight button presses or moisture ingress, according to the manual.

Dust does not affect the recording speed, but it can affect the system’s normal functioning and visually repel a potential buyer. Therefore, clean regularly depending on the location of the PS5. The ideal is to use a protective cover and place it higher, with the sides secured – this way, the probability of something getting inside, especially liquids, is significantly reduced.

When buying a console from someone, it is not superfluous to check the SSD drive because to assess its condition without a test is rather problematic, except for critical malfunctions. There are no other known options to speed up downloading on PlayStation 5.

The topic of performance has become very popular among console owners, and the experts from Digital Foundry decided to conduct their independent tests and check whether an additional M.2 NVMe SSD format can speed up booting. The answer is yes, although there are nuances. Read more.

In short, the feature works in beta mode but really helps. In addition, loading of already installed titles is also faster – for the popular Cyberpunk 2077, the difference between the internal drive and the external Samsung 980 Pro in terms of loading time was 3 seconds.

Why Is Installation From a Disc Slow? Owners of consoles in the version with a disc drive have another question – why on PS5 slow copying from the DVD drive because here it’s not about the network. Again, the answer is obvious – the physical limitations on copying data from discs. Blu-ray disc recording speed is up to 36 Mbit/s, so it simply can not compete with the high-speed Internet connection.

Here‘s how to properly use DVDs on PlayStation 5. Do not forget that the surface must also be clean and scratch-free. Sony has even devoted a small section to the question.

What to Do if PS5 Was Frozen During the Update?

If the system freezes or the download hangs while copying update files, try to wait. Maybe the console needs time. If there is no change, try to close and open the program and start booting again. In the worst case, restart the PS 5, and let it stand without network power for 5 minutes. If start-up errors are noticed in the system – try to pass the console under warranty to the service center. If the warranty period has expired – you can reset the console to the factory settings, previously going into safe mode, trying to extract the necessary files.

If the malfunction is of a hardware nature, you can’t do without the service center.

Copying From PS4 to PS5

Transferring data from the PS4 drive to the PS5 usually works fine, and everything rests on the physical capabilities of the consoles. To properly transfer data between consoles already told, it remains only to check the drives with online tests and, if necessary, replace them. If you share data over a network, the cause of the slow transfer and disappearing connection can be interference.

The problem of performance as never before in today’s world. In this article, we collected all known and proven ways to speed up copying files, updates PlayStation 5, options to upgrade the console, and the reasons that can negatively affect the speed of data transfer and copying with a wired and wireless connection, and even write from disks.